Ten Doors Down by Robert Tickner, published by SCRIBE, Melbourne 2020

Robert Tickner, who served in the Hawke and Keating Governments as Minister for Aboriginal and Torres Strait Islander Affairs, was too nice to be a politician.

He was too humble, way too honest and he cared about serving the people of Australia, all of them, especially those who lived in poverty and needed someone to advocate on their behalf.

His natural constituency were the people who had never asked for anything and probably didn’t know how to anyway. They were people in the last decades of the 20th century who believed that the “mob in Canberra” knew best and they should be allowed to get on with it.

But the “mob in Canberra” didn’t know shit from clay. They were wedded to a system called capitalism and they had decided to stop trying to reform it. Instead, they joined it. Our “mob” in Canberra became “mobsters”. They didn’t represent anyone except the capitalist class and themselves.

Robert Tickner, an orphan from the bush, was one of the very few who did not buy the new ideology and its fashionable adherence to privatisation of public assets like the Commonwealth Bank and Qantas. He rejected the worship of out-sourcing, the wage-cutting implicit in the so-called “social contract” between the Labor Government and the ACTU, the grotesque increase in war spending, the mining of uranium, the trashing of the environment and goose-stepping along pathways set by Washington. He had a lifelong abhorrence of racism and homophobia and constantly argued against both.

Regrettably, Tickner was too “nice” to do very much about most of these things. He fought, of course, and he occasionally rocked the boat. But he never tried to sink it. Looking back, he probably should have.

Only in the Federal Election of 2 March 1996 when he lost his seat of Hughes covering Menai, Sutherland and parts of Liverpool did Tickner regain his life and what he really stood for. But before that he took defeat very badly and writes of his feelings of “rejection, betrayal and shame”. He adds: “We had given everything we had to the community for 12 years and felt trashed when they voted us out.”

Others felt the same way, including Prime Minister Paul Keating and all those who submitted to his persuasive political will. “The voters have done us an injustice; they’ve got it wrong again,” they chorused. It was typical of their collective arrogance: the punters were “wrong” and “we”, the Labor politicians, were right. They did not apologise for their record of attacking the living standards or spirit of working-class supporters, they blamed them for the election defeat.

Only when Tickner left Canberra and turned his back on politics did he emerge as a thoughtful and compassionate adult. He travelled Australia and took a variety of jobs before becoming CEO of the Australian Red Cross.

He took up writing and showed a remarkable proficiency. He wrote fiction and non-fiction. In my view Ten Doors Down is his best book. He lays bare a part of his life which has been hidden since his birth at Crown Street Women’s Hospital in Surry Hills on Christmas Eve 1951.

His mother Maida Anne Beasley, 23, from Orange in western NSW, was unmarried at the time of Tickner’s birth. “She carried the shame of her pregnancy to the city of Sydney, where she secretly gave birth to her child,” Tickner writes.

Whereas some writers would wash the story with blame, recrimination, self-pity and wholesale exaggeration, Tickner’s story is told with simplicity and moral clarity. Writing of his marriage breakdown, Tickner says: “Jody had been heroic throughout our marriage … but our relationship couldn’t survive the huge strain of my political life. We separated in late 1994 just as the Hindmarsh Island saga was unfolding. Then, two days after my marriage had collapsed and I was barely able to function as a human being, I was asked a tag-team series of questions in the Parliament as a prelude to calls for my resignation.”

In the hands of another writer, the marital break-up would have comprised a whole chapter, if not the whole book.

Instead Tickner has told his story through the pain, suffering and frequent joy of his families – all three of them: his birth mother,  his “new” parents, Gwen and Bert Tickner and his step-parents. By a remarkable coincidence he lived for a time “Ten doors down” from family members, and that became the title of his book. His grandmother lived at 18 Lansdowne Street, Merrylands, and two aunts lived at 6 Lansdowne Street.

While Tickner emerges from the book as a “good Samaritan” he remains a “flawed Samaritan”. He retains a sentimental belief in the left wing of the Labor Party. Hasn’t he realised there is no such thing any more? The voters have!

However, readers will be able to forgive him almost everything when they reach the final chapter when he finally meets his birth mother on the steps of the Sydney Opera House on 20 January 1992. Tickner records his mother’s emotions, not his own. She wrote a diary entry saying: “Arrived at the Opera House steps a few minutes to eleven. Looked quietly around and thought, HE’S NOT HERE YET. God, don’t tell me he’s sitting on a seat over there watching me. TERROR.

“I looked up and saw a tall, dark-haired man waving to me, pointing to himself and calling out, ‘IT’S ME, IT’S ME’. It took a few seconds to register it was Robert. Took one step up to him as he hurried down and hugged me. Finally I said, ‘I WANT TO SEE YOUR FACE.’ He pulled his head back and said in such a voice, ‘HERE I AM’.

“I am so proud of my beloved son Robert. I can never find words to express what is in my heart. MY HEART IS FULL. BEAUTIFUL MIRACLES DO HAPPEN.”

No, they don’t. His birth mother lived long enough to be reunited with her son and that is an emotional “miracle”. Her effusive diary entry is therefore very understandable. But her son’s belief in “miracles” echoes that of Australia’s two leading politicians, Prime Minister Scott Morrison and Opposition Leader Anthony Albanese, who both believe in “miracles”. No wonder the country is in such a mess. 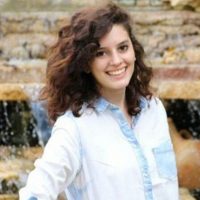 Come the Revolution relies on the support of readers. Please click on the "Donate" button below to make a contribution.

Click Here to submit an article on our site.

The Book that started the conversation